The information below is required for social login

Your data is processed and collected by Lepape, which acts as the data controller, in accordance with the French Data Protection Act and the RGPD. For more information on the processing of your personal data, you can consult our Privacy policy.

The international benchmark for compression products.

The history of BV SPORT begins at the end of the 80s, Doctor Serge Couzan directs the thesis of Doctor Michaël Prüfer on the blood circulation problems of athletes. Michaël Prüfer was already, at the time, multiple record holder and World champion in speed skiing, and was gold medalist of this discipline at the Olympic Games in Albert city in 1992. They then decided to combine their skills and their passions: medicine and sport. The two doctors focus their work on the study of these pipes with very specific properties for athletes who supply oxygen to the muscles (arteries) and eliminate toxins (veins). Their research has made it possible to develop the revolutionary concept intended to improve muscle performance and accelerate recovery, in the form of a compression sock exerting specific pressures on the calves. BV SPORT made itself known when the brand exclusively equipped the French Team in 1998 for the World Cup, and history did the rest ... Today, BV SPORT, French leader in the compression / compression of high-level sport equips more than 2,500 athletes including 230 World and Olympic champions, in disciplines as diverse as Basketball, Rugby, Handball, Athletics, Tennis, Cycling, Volleyball, Judo, Ice Hockey, Skiing, Biathlon, Triathlon, Parachuting, the majority of French clubs in the 1st and 2nd Football League, the major European clubs, and since the beginning of 2005 endurance, trails , multisport raids, the marathon and the Ultra Marathon. BV SPORT is today a partner of many federations such as the French Federation of Athletics, Cycling. Its BOOSTER range is the brand's bestseller, made in France and sold at over 1,600 points of sale. Located in Saint-Étienne, a few minutes from the GEOFFROY GUICHARD stadium, the production unit manufactures all of the compression compression ranges. 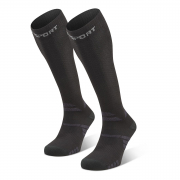 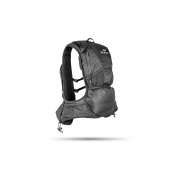